What does the new Supreme Court Justice and your business have to do with each other?
With all of the hullabaloo surrounding the election of 2016, it’s easy to forget that there is a vacancy on the Supreme Court that will be filled by this president.  Many will forget a president’s decisions over his or her term of office. The next administration may even revers them. But the ability to leave a lasting impression on the American justice system is an example of the power of the office of President of the United States.

A president’s term is only 4-8 years, but the decisions they make in those years are crucial for America’s future. Since Supreme Court justices serve for life, whoever is appointed will influence our legal system for decades.
Some of the historical decisions that have impacted the US were:

While there are many of good (and bad) examples of how the Supreme Court has shaped the United States, it is crucial to note the significance and importance of a Supreme Court Justice nominee.
(Before any nominations are made, it’s wise to analyze areas in your company that would be impacted by a Supreme Court decision. To do this, check out our free External Analysis whitepaper by clicking here.)

Justice Antonin Scalia’s untimely death in February 2016 created a vacancy on the US Supreme Court. President-Elect Donald Trump has compiled a list of potential replacements – with the majority having a conservative agenda. Additionally, the two liberal-leaning justices are also approaching retirement. With 1 vacancy and 2 potential vacancies in Trump’s tenure as President, he will potentially have 3 positions to fill.
As a result of these positions being empty and the need for them to be filled, the landscape of the business environment will dramatically be shaped due to changing policies, justice, and rulings.
According to Business Insider, Trump’s potential nominees are as follows: (links are attached for biographies)

So Why Does This Affect Your Business?

As we discussed earlier, decisions made by the judges have the ability to change the course of the economy, justice system, and social system. With the new justices, however, decisions that have already been decided on may be reviewed again.
A Supreme Court Justice and your business go hand in hand due to the close nature that business has with policy, social, and economic issues.

The Supreme Court has already ruled on the Affordable Care Act and the legalization of gay marriage during President Barack Obama’s tenure. While these may seem like social issues – right to basic health care and right to gay marriage – there are huge implications for businesses as well.

Previously, only the employee, their spouse (heterosexual), and their children have the opportunity to be provided healthcare through their company or through Obamacare.
But with the legalization of gay marriage, more people are open to healthcare. Although this is great for the people affected, companies will foot the bill. After talking to multiple small businesses (1-10 employees) across Texas, I’ve seen companies go out of business due to Obamacare and others that are now spending over $12,000 more than what they were previously spending.
Companies must provide benefits to all marriages (401k, health, parental leave, etc.). This leaves companies paying more than before for benefits. While this is great news to these employees, it’s a great example of just how Supreme Court decisions impact the bottom line of companies.

Due to the extreme discontent among businesses nationwide, the Affordable Care Act will be amended and potentially reviewed again by the Supreme Court with a different justices. With a new set of justices (with a potentially different ideology), decisions could be overturned.
Review isn’t always bad though. After looking through our rough history with segregation and slavery alone, reform and change is necessary to keep the country (and business) moving forward.
[box][highlight] Want to know how to make decisions easier for your company? Download our External Analysis whitepaper to take control of your business during this unpredictable time! [/highlight][/box] 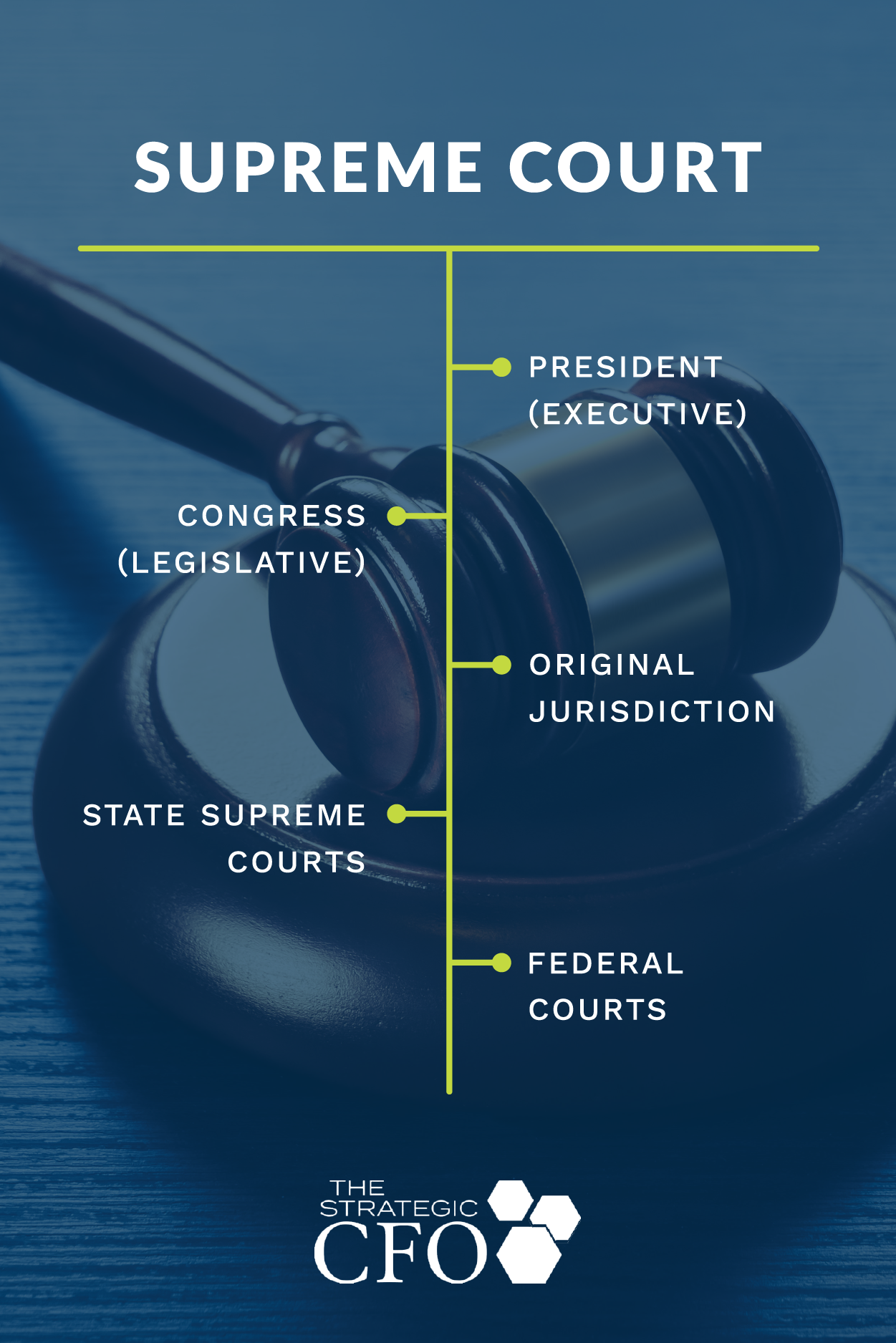 What Areas You Should Watch For

Fortune Magazine outlined several areas to watch for, especially after Scalia’s death. The Supreme Court could impact these following 5 areas in the new year are:

For example, United States v. Texas deals with immigration and DAPA (Deferred Action for Parents of Americans). As one of the states that did not join the original suit, Texas faces the decision that 2.2 million illegal aliens residing in Texas (out of the 3.6 million total illegal aliens) are eligible for DAPA. This potential decision will then increase competition for jobs, increase benefits and taxes for those added employees. In addition, it will increase unemployment rates due to the millions being added to the limited job pool.
Oil, gas, and mining companies can expect major change stemming from a Supreme Court decision on pollution regulations.
Expect change in technology and medical companies when it comes to intellectual property, patent law and potential changes to the Affordable Care Act.
Companies located in northern America will face adjustments in union laws, since the majority of unions are located there.

Whatever industry you are in, it’s important to know what type of decisions will greatly impact your company. Conduct an external analysis to start your path towards capitalizing on strengths and opportunities alongside minimizing the negative impact of weaknesses and threats. Get your free copy of our External Analysis whitepaper here. 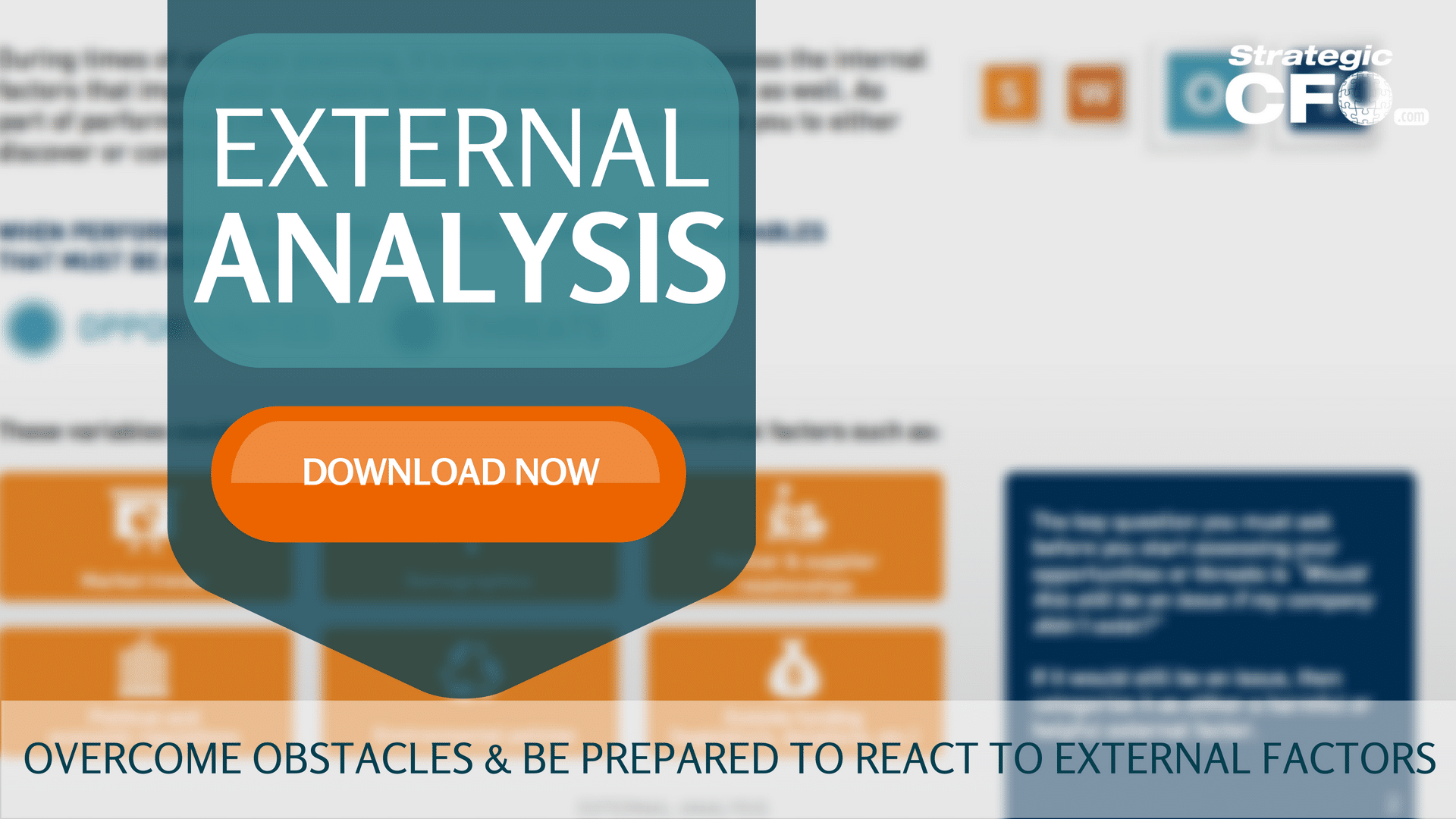