Does this sound like your business lately?  Sales volume is down.  Cash is tight. The company is losing money.  And just when you think things can’t possibly get any worse, you discover that one of your employees has committed fraud… Sadly, this scenario is all too common and begs the question of whether fraud is more likely to occur when the economy slows down.

Economy down, fraud up?

A survey conducted by Deloitte & Touche in late 2008 showed that 63% of the firm’s clients expected an increase in fraud related to the global financial crisis experienced in that year.  This would seem to indicate that, at a minimum, people expect more fraud to occur during an economic downturn.
However, it may be that fraud is simply more likely to be discovered during times of economic stress.  When business is good, people don’t tend to question anomalies as thoroughly and small frauds might even be dismissed in an effort to maintain focus on growth, not problems.  But when money is tight and management is kicking over every rock looking for profits, it’s much harder to conceal fraud and companies are willing to go after fraudsters to recover precious lost resources.
Public perception of fraud can also make it seem as though there’s an uptick in fraud in lean times.  During a downturn, most economic news coverage is negative.  Discovery of fraud certainly contributes to the tone of the times and is often a lead story during such periods of stress.  Additionally, improved fraud detection measures (think Sarbanes-Oxley) have helped increase the actual number of frauds detected, hence the appearance that more fraud is happening.
So what actually causes a person to commit fraud? 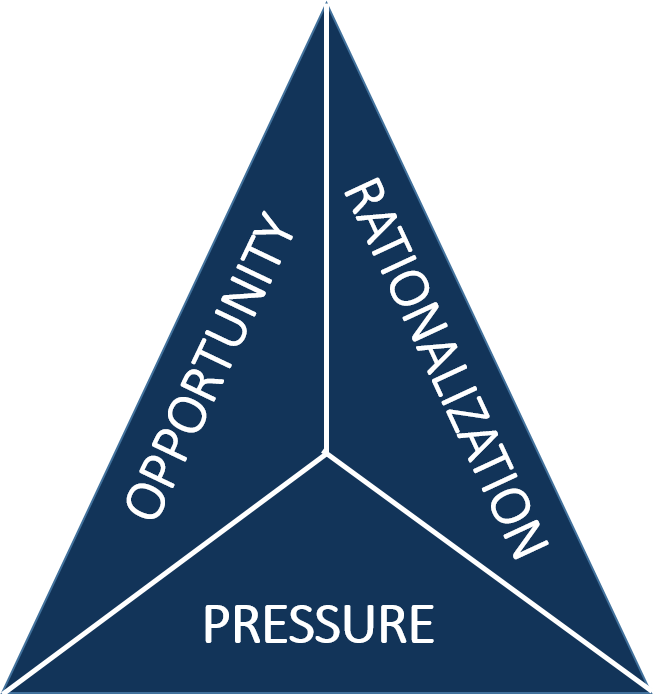 The Fraud Triangle, first set forth by Donald Cressy, describes three factors that are present in every situation of fraud:

In order to break the fraud triangle, an organization must remove one of the three elements of the triangle.

Many things may contribute to the pressure to commit fraud during troubled economic times.

Any of these or a host of other factors could pressure a person into biting the hand that feeds them.

How does a person justify theft from their employer?

Particularly during a downturn, it’s not terribly difficult for a dishonest person to find a reason to steal.

Times of economic stress present many opportunities to commit fraud that might not be present during better times.

It’s important that companies realize the risks associated with cutting resources and take steps to ensure that internal controls aren’t compromised.
(Find out what the 7 Warning Signs of Fraud are!)

An Ounce of Prevention…

So what’s a company to do?  There are several fraud-prevention tactics that can be used, both in good times and in bad.

Most fraud prevention scenarios focus on removing opportunity by strengthening internal controls. While this is a great first-line defense against fraud, it’s also important that a company take stock of its resources (like cash) to establish a baseline from which to measure changes.
It’s hard for fraud to hide out when management is tracking key drivers.  Fraud will usually cause a blip in key metrics, but if those metrics aren’t being watched, the blip could slip by unnoticed.  Not sure what you should be tracking?  Check out our free KPI Discovery Cheatsheet below. 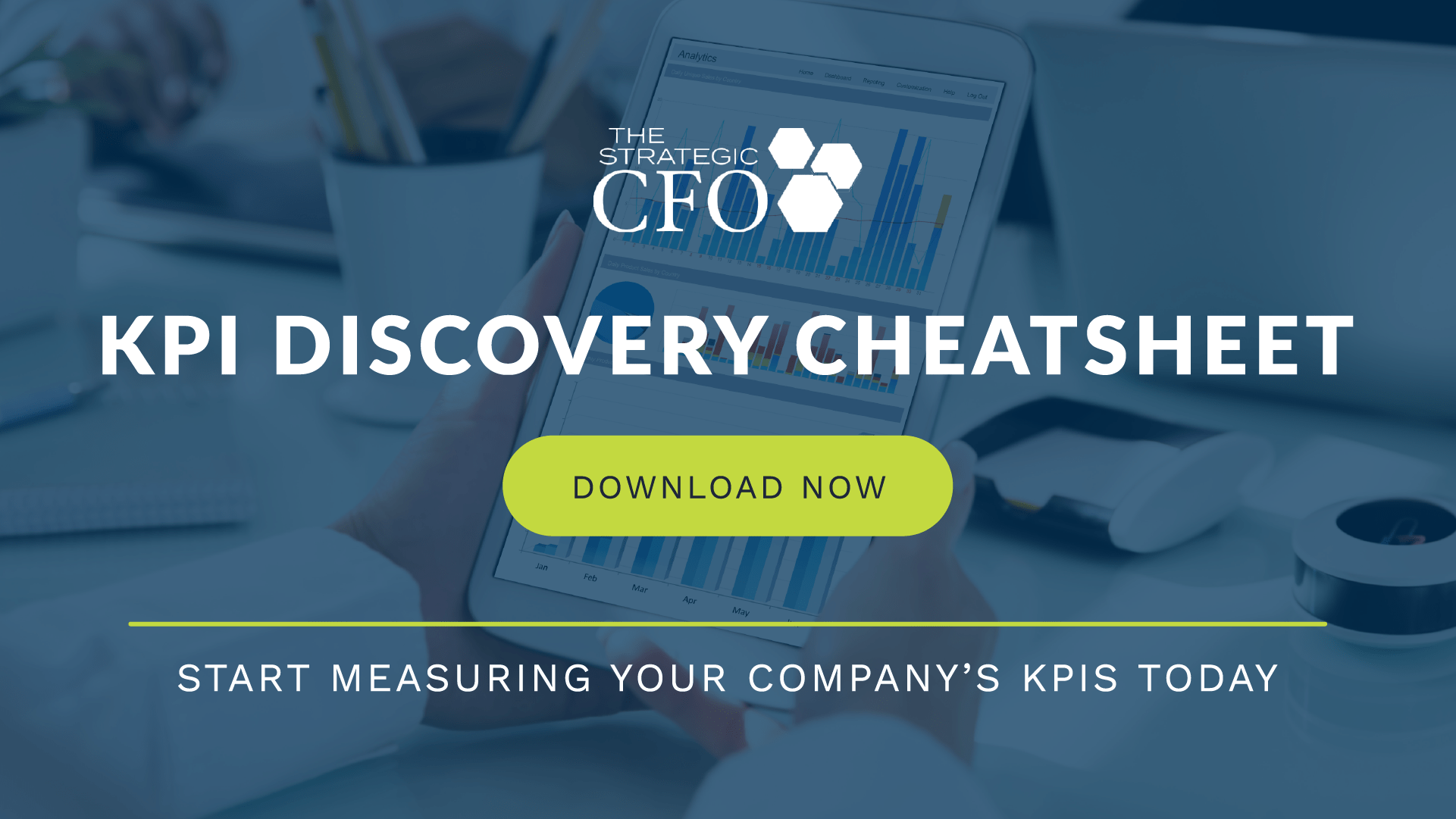 Whether or not fraud actually follows economic trends is up for debate.  The good news is that there are steps that a company can take to minimize the likelihood and impact of fraud.
Leave us a comment with your fraud prevention tips below.