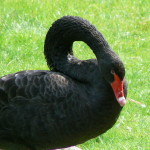 You may have heard the term “Black Swan Event“, particularly recently.  But what exactly is a black swan event and what can, and should, we learn from them?

The notion of black swan events was first set forth by Nassim Nicholas Taleb. Taleb, a finance professor and former Wall Street trader, wrote about this concept in his 2001 book Fooled by Randomness which concerned financial events. In a later work, The Black Swan, Taleb extends the metaphor to events outside the financial markets.  He defines three attributes that are common to all black swan events:

Where did the term “Black Swan” come from?

The origin of the use of the term “black swan” to characterize such events is interesting.  Prior to 1697, any Western civilization has not observed any black swan. This gave rise to the notion that such creatures didn’t exist.  Hence, the term became used to describe situations of impossibility.  After a black swan was finally observed in western Australia in 1697, the notion was disproved.  Since then, “black swan” describes situations where perceived impossibilities have been disproven and paradigms have been shattered.

What are some examples of Black Swan events?

Examples Taleb gives of black swan events include the rise of the Internet, the personal computer, World War I, the dissolution of the Soviet Union and the September 11, 2001 terrorist attacks.  He underscores the point that the black swan event depends upon the observer.  The Thanksgiving turkey sees his demise as a black swan, but the butcher does not.

Isn’t a Black Swan just another way to define a crisis?

How can we deal with Black Swan events?

How can we avoid becoming the Thanksgiving turkey?  According to Taleb, not by attempting to predict the unpredictable.  Rather, he says our time would be better spent preparing for the impact of negative black swans that occur. In addition, he advises that we position ourselves to be able to exploit the positive ones.