Goodwill impairment is goodwill that is now lower in value than at the time of purchase. Goodwill is an intangible asset that sellers are willing to pay for; brand, reputation, a large customer base, strong customer service, and important patents all increase a company’s goodwill. Many contrary factors contribute to impairment of goodwill such as negative publicity from high-ranking company officials, unpopular changes in product line, or a decrease in customer loyalty or brand recognition.

How to Calculate Goodwill Impairment

Goodwill impairment occurs when the goodwill value exceeds the fair value (the estimated value of a company’s assets and liabilities).

Unfortunately, after the purchase is complete, sales fall 50% the consecutive year. AltaCorp’s CEO was removed for disparaging comments made towards his female customers. Furthermore, Adidas unfolds a new campaign targeting young women and gains a cult following that competes with Freeform’s largest customer base. Because of the drop in sales and the AltaCorp’s reputation, as well as the increase of competition in the marketplace, Freeform’s fair market value drops to $15,000,000. Now, the company is worth less than AltaCorp paid for it. So the Goodwill must be reduced, which reduces the overall Total Assets. This is a significant hit to AltaCorp as Goodwill can represent a large portion of the company’s net worth.

(Are you in the process of selling your company? The first thing to do is to identify “destroyers” that can impact your company’s value. Click here to download your free “Top 10 Destroyers of Value“.)

It is important to note that Goodwill Impairment is relative and can be difficult to calculate; in most cases, it’s in the eye of the buyer. Test Goodwill annually against the fair value to manage a buyer or seller’s expectations if the company is undergoing business valuation.

Goodwill impairment gained wider attention in the 21st century after many companies discovered they had unrealistically increased their goodwill. Thus creating an inaccurate valuation of their company. As a result, stricter accounting standards exist to monitor and calculate goodwill. 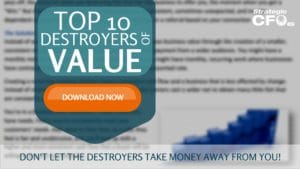 Liquidation valuation is the value of a company that is bankrupt or going out of business. It is the value of the company’s assets, according to what they would be worth if they are sold off in order to repay creditors. This is in contrast to going concern value, which assumes the company will continue to operate for the foreseeable future. The difference between going concern value and liquidation value consists of intangible assets and goodwill.

For example, if a well-known apparel company is going out of business, it would have to sell off its assets – sewing machines, fabric, etc. – to pay creditors. The company would probably have to sell off its assets at a discount. In this case, the company would be valued according to its liquidation value. However, if the company is a going concern, it can continue to sell its brand-name clothing at a markup for a profit. It would then be valued according to its going concern value.

Don’t leave any value on the table! Download the Top 10 Destroyers of Value whitepaper. An intangible asset is a right or non-physical resource of a company. They are usually developed as a result of an acquisition that has been made, or years of research and development to develop a process or idea.

Intangible asset valuation can be quite difficult. If an acquisition is made of another company the goodwill is the amount by which a company pays a premium over the fair value of the net assets. Intangible assets can also be developed over time through research and development, or may simply contain rights over a certain asset to keep competition. Intangible asset examples include the following:

Most of these items are anti-competitive in nature. In that the developer maintains a right to be a sole provider of an idea or asset. Such is the case for patents or trademarks. These items protect the product for the developer so that they can retrieve the costs to develop the product or idea, thus giving an incentive to develop and expand on ideas. Intangible assets like a copyright protect a developer for life. Copyrights are usually for books to protect a writers creative work and protect his/her original thoughts.

When you perform a business valuation, it can be tricky to accurately value intangible assets. When a valuation becomes complex, it is standard practice to consult with a valuation firm. If you need help finding one, then we will get you connected with one of our strategic partners for your valuation needs. Fill out the form below to get connected:

The goodwill accounting term is an intangible asset. It represents non-physical assets, such as brand name and reputation, and shows up on the asset side of a company’s balance sheet.

A company often acquires goodwill by purchasing another company. For example, company A is going to purchase company B. Company B has net tangible assets of $8 million. But company A will pay $10 million to acquire company B. Company A is willing to pay a premium because of company B’s good reputation. The residual, $2 million, is goodwill, and it shows up on company A’s balance sheet as an intangible asset. So, in the case of an acquisition, calculate it using the following formula:

According to a recent accounting regulation, FASB 142, this accounting term is no longer amortized. Instead, its value can be adjusted periodically for impairment.

Goodwill accounts show up on the assets side of a company’s balance sheet. The account represents intangible assets, such as a company’s brand name or reputation, that have value but are not physical assets.

For example, if a well-known apparel company is a going concern, it can continue to sell its brand-name clothing at a markup for a profit. It would then be valued according to its going concern value. However, if the company is going out of business, it would have to sell off its assets – sewing machines, fabric, etc. – to pay creditors. The company would probably have to sell off its assets at a discount. In this case, the company would be valued according to its liquidation value.

The going concern accounting concept refers to the assumption that a company will continue to operate for the foreseeable future. This allows the company to include the value of intangible assets and anticipated profitability in its overall worth. Unless there is reason to believe a company is going out of business and ceasing operations, consider a company always to be a going concern.

Intangible assets are recorded on the balance sheet. But over time, as you amortize these assets, the amortized amount accumulates in a contra-asset account. Therefore, it diminishes the net value of the intangible assets. The periodic amortization amounts are expensed on the income statement as incurred. Whereas on the cash flow statement, these expenses are added back to net income in the operating section. This is because they represent non-cash expenses.

Examples of intangible assets that a company may amortize include the following:

Depending on the circumstances, some brand names or goodwill items may not decrease in value over time. Therefore, you may not amortize them.

Amortizing a loan consists of spreading out the principal and interest payments over the life of the loan. Spread out the amortized loan and pay it down based on an amortization schedule or table. There are different types of this schedule, such as straight line, declining balance, annuity, and increasing balance amortization tables. Amortizing mortgages is common.

If you want to add more value to your organization, then click here to download the Know Your Economics Worksheet. 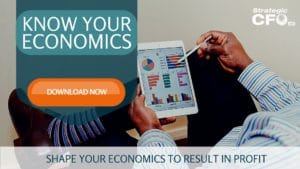