The problem arises for companies because subsequent event accounting could dramatically alter an investor’s opinion. It might be misleading to issue the statements as they are at period end. There are generally two types of subsequent events.

2) Type 2 or non-recognized events are then events that were not ongoing and occurred after the year end. These accounting subsequent events should not be disclosed within the current financials, but a subsequent event footnote disclosure should be made in the financials so that investors know that the event did occur.

Honyota Inc., a car manufacturer, has had some ongoing litigation proceedings concerning the safety of its cars in the United States. Year end occurred a month ago but the financials have not been issued at this date, the litigations proceedings have finally concluded after months and Honyota will be required to pay $50 million in damages to various customers around the U.S. Honyota has accrued for this event since the litigation proceedings began and has gone ahead and paid the amount needed. Then recognize the event as a type 1 event because this has been ongoing for months. In addition, conclude the final amount paid.

After year end, Welder supply has lost one of its customers due to bankruptcy. Welder Supply has not issued it statements yet. Owen, an accountant, is trying to determine if he should recognize this event in the year end financials issued within a few days. Owen determines that the company does not need to recognize the change in accounts receivable because Welder Supply had no indication that its customer was in financial distress. Therefore, Owen should not recognize the event in the year end financials. Owen should however make a subsequent event note disclosure within them stating the event that did occur to prevent litigation from presenting misleading statements.

Note: An event of this type would include a small customer that suddenly declared bankruptcy. And the company had no idea before the year end date. This would cause the accounts receivable to change as the company expects not to collect. 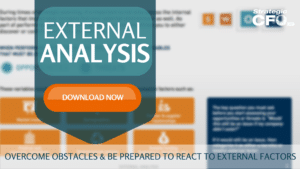 The Revenue Principle, also known as the Revenue Recognition Principle, contains several different methods regarding the timing and amount to record as revenue. In accordance with this, meet the following three conditions for each and every sale. First, a company must have performed a service or provided a product to expect a return from the buying party. Then the amount of the sale should be readily measurable. Finally, there should be a reasonable amount of expectation that the company will receive payments. But to insure that this happens, the following six methods of accounting for revenue. which differ according to conditions that surround the business model, can be found below:

The matching principle is a way of setting the expenses of a company next to their respective revenues. Once you use one of the above revenue principle methods, then match up the incurred expenses during the same period that the revenue was recognized in the company. But by doing this, the company establishes that the income for the period revenue has been recognized.

Lastly, the disclosure principle states that a company’s financial statements need to and should contain enough information to outsiders so that they can make well informed decisions about a company. In most cases this is pretty straightforward, but for some policies, issues, and uncommon transactions the way in which a company should disclose information can become unclear. Include the following to cover the majority of issues and events within the financials as to avoid misleading investors.

If you want to learn more financial leadership skills, then download the free 7 Habits of Highly Effective CFOs.